Investors’ focus continues to move from late-stage to early-stage companies in July. 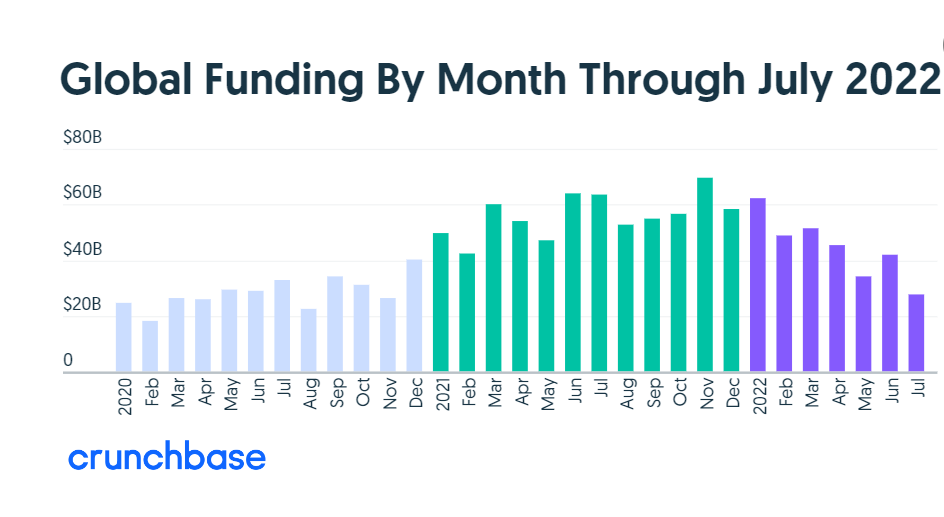 Even while early-stage startups were still the focus of investors in July, fewer funds were put into these businesses. Early-stage financing has had the most significant month-over-month decline, down by more than 40%.

The highest decrease from July 2021 to July 2022 is in the late stage, down more than 60% to $16 billion from $42 billion. Additionally, early-stage capital, which totaled $9 billion, decreased by more than 50% from $18.6 billion in July of last year, according to Crunchbase. 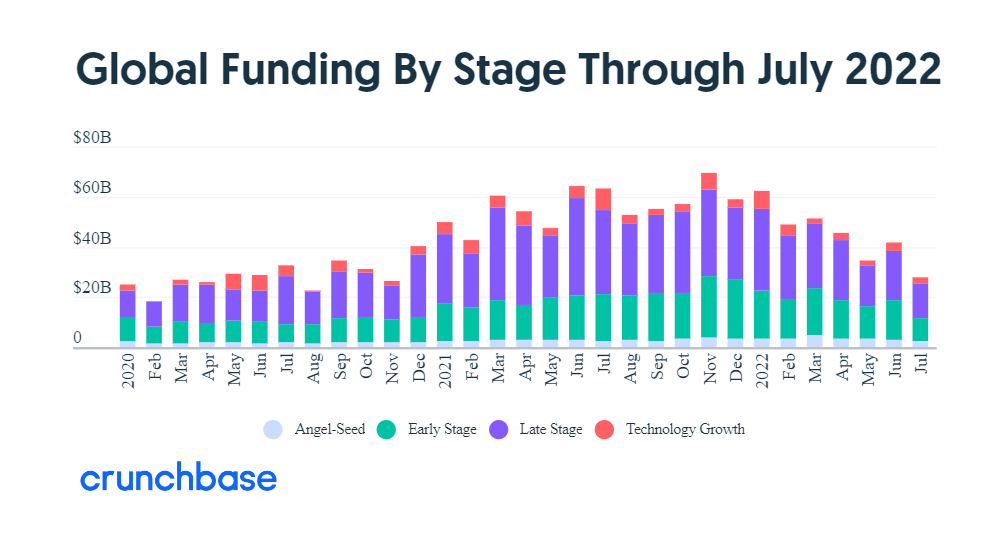 With two companies surpassing the $100 million raised, quantum computing has become one the most lucrative investment sectors, followed by startups developing clean-tech products. The EU invests over €1.8 billion in 17 vast, ground-breaking clean-tech projects.

Whatnot is Los Angeles-based live stream platform and marketplace valued at $3.7 billion after its latest $260 million Series D funding round.

The Unicorn startup has steadily grown since its foundation three years ago. The company has recently partnered with Post Malone to offer customers the chance to compete against him for a chance to win $100k. It is clear that Whatnot invests thoughtfully in a diverse marketing strategy and building a solid brand by securing the exact brand match name Whatnot.com, making their marketing most effective across all channels.

Meati Foods operates on the exact brand match domain name Meati.com. Our research shows that EBM domain names are the preferred choice of companies in the plant-based food market. Matching the domain name to the company’s brand name is essential for any business, especially startups, as it generates instant credibility, trust, and respect.

Halborn, a cybersecurity company with offices in Miami serving clients in the conventional financial and blockchain industries, has closed a $90 million round headed by Summit Partners.

This startup has chosen Halborn.com as its domain name since it is a perfect match to their brand name and the.com extension is what most users will type first when typing a web address.

By offering a comprehensive, single-platform solution, 15Five provides HR teams with the tools they need to enhance manager effectiveness, encourage high performance and engagement, and boost retention. The company has recently closed a $52 million funding round to accelerate growth and continued innovation.

Using numbers in domains name is sometimes considered a downside if not put in the right place and associated with the brand’s message.

In this case, it appears that 15Five’ did a great job of resonating its brand name with the company’s vision and goals for the world—15 truths/5 words. The company has also secured the fifteenfive.com domain name. Owning multiple domain names can improve SEO, and it’s also a way to direct traffic to your primary domain name and avoid traffic and email leaks.

Airbase offers a spend management platform that scales for companies from founding to IPO and beyond. Last month the company announced $150 million in debt financing led by Goldman Sachs. This fresh round of investment will enable Airbase to extend its innovative charge card service to its growing user base.

Airbase has acquired a domain name that clearly expresses its global goals and communicates its vision – Airbase.com.

Dotcom is by far the most identified top-level domain in the world, and having that is good in helping to avoid having people ending up somewhere else when they are looking for your company.

The company has also secured several top-level domains such as Airbase.io and Airbase.in and uses them for various purposes.

In our Names with stories interview series, Thejo Kote, Founder & CEO of Airbase, talks about his brand, the characteristics of an effective brand name, and why you should treat your domain name as an intangible asset.

Our list of companies that raised funds in July consists of 614 companies, more than half of which (315) have chosen to operate on exact brand match domains. Investing in an exact match domain name has numerous benefits, including increased type-in traffic and immediate user recognition as authoritative.

.com has been a preferred extension choice by 438 entries. The extension has the highest trustworthiness scores, making it easier to build a brand.

.io has been sued by 44 companies. .io is the ccTLD for British Indian Ocean Territory. Recently, it has become synonymous with technology, gaming, and start-up firms due to the tech acronym IO – input/output.

10 companies operate on .in extension. Initially, the domain was administered by the National Centre for Software Technology (NCST) and its Centre for Advanced Computing Development (C-DAC). Since 2005, the .in domain’s restrictions have been liberalized, allowing limitless second-level registrations.

17 entries use a dash in their domain name. Our recent article on this subject casts some light on whether or not hyphens are a good choice for a brand/name.

Next article
Scale.ai Upgrades to Scale.com to Reflect the Company’s Rapid Growth