According to Crunchbase data, $49 billion were invested on a global basis in August 2021. Seventy-five companies raised funding with a disclosed valuation at $1 billion or more, compared to twenty-two companies in August 2020.

It’s a great time to fundraise as an entrepreneur. The quality of companies and the speed at which these companies grow is just unprecedented 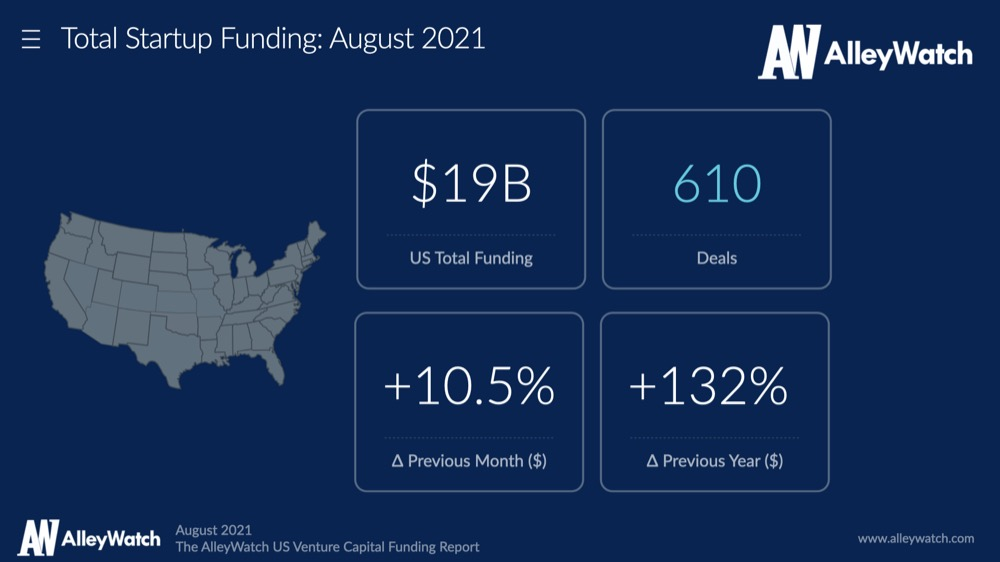 Portfolio companies based in Europe raised approximately $50 billion in the first six months of 2021, outpacing the $38 billion raised in the entire year of 2020. 71.4 percent of the $50 billion raised was distributed among five countries: the United Kingdom, Italy, Germany, France, and Sweden.

CEE startup scene investments exceeded a remarkable amount of €640M, with top areas attracting investors’ attention in the region being Health Care, Mobility, SaaS, Cyber Security, Finance, and AI. 169 startups in Europe raised a seed round in August, according to Dealroom data.

According to Pitchbook, VC deals closed in China went down to 371 deals mainly due to the new regulation imposed by the Chinese government.

Technology continued to be the most popular VC investment sector in 2021, with FinTech attracting the most capital worldwide. For the fourth time since January 2021, global FinTech funding reached $10 billion in August 2021. The number of deals climbed by 9.7% month over month, from 278 in July 2021 to 305 in August 2021. 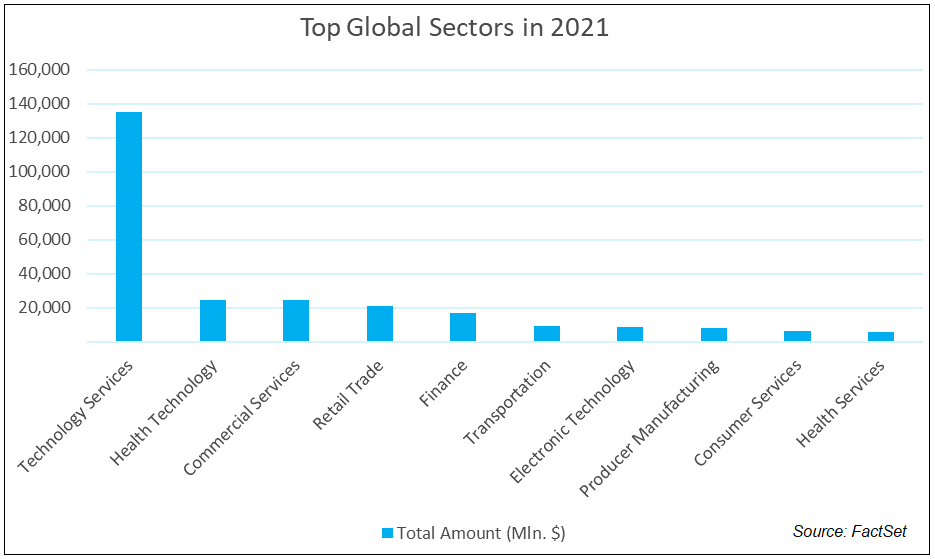 As the demand for electric vehicles and renewable energy has grown, significant investments have also been made in battery manufacturing companies. Crypto and blockchain is another sector that caught investors’ eye in August, with nearly $2.1 billion received in private investment across 124 funding rounds.

Bolt is a transportation platform that offers services such as ride-hailing, micromobility, and food delivery. Markus Villig, Martin Villig, and Oliver Leisalu founded the company in 2013 in Estonia.

In August, Bolt raised $713M in funding at $4.75 billion Post-Money Valuation. Sequoia, Tekne, and Ghisallo led the round. Bolt is operating on the Bolt.eu domain name. Fundbolt LLC owns the .COM domain name.

BharatPe is a financial services platform that handles payments using UPI and the point-of-sale (POS) terminal. The company was founded in 2018 and is headquartered in New Delhi, India. BharatPe raised a mega-round of $370 million from multiple investors, bringing the total close to $687.2 million. BharatPe has a domain name exactly matching their brand name: BharatPe.com.

Ambri is an early-stage startup focusing on developing a new battery technology that will revolutionize grid-scale power storage. Ambri has raised a total of $211.3 million in funding over 5 rounds. Their latest funding was raised on August 9, 2021, from a Venture-Series Unknown round. Ambri has secured an exact brand match domain name for their brand: Ambri.com.

Chrono24 is a German-based online marketplace for luxury watches. The startup closed a $118 million Series C investment round in August, bringing the company; ‘s total raised funding to $205.5 million. Chrono24 is operating on the exact brand match domain Chrono24.com.

Dataiku is a centralized data platform that enables organizations to progress from big data analytics to enterprise AI by offering a common ground for data experts and explorers. The company picked up $400 million in a Series E funding round that brings the company’s total financing to $646.8 million at a valuation of $4.6 billion. Dataiku.com is the domain name this startup has chosen to operate on.

Emeritus is an EdTech startup that provides a high-quality, affordable, and accessible education to individuals, businesses, and governments worldwide. Ashwin Damera and Chaitanya Kalipatnapu founded the company in 2015 in Southeast Asia. Emeritus has raised a total of $690M in funding over 2 rounds. Their latest funding was raised on August 13, 2021, from a Series E round through a mix of primary and secondary funding, which values the company at $3.2 billion. Emeritus has chosen an. ORG extension domain name Emeritus.org. At the time of our visit, the matching name emeritus.com does not seem to have an active website.

London-based OneWeb is developing a worldwide communications network that delivers high-speed, low latency internet access. The company picked a $300 million funding led by Hanwha Systems Co, bringing OneWeb’s total equity funding to $2.7 billion. OneWeb has chosen the relatively new domain extension .world for their online presence, operating on OneWeb.world domain name. ICANN accepted the .world extension as an nTLD on September 19, 2014. It was released to the general public on January 14, 2015. As of July 2020, there are 138,246.world domains registered, representing 0.40 percent of all domains registered today.

Eleven startups that received funding in August 2021 opted for a dash in their domain name.