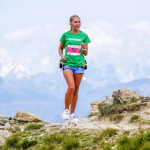 HotForex is a Cyprus-based brokerage group. The company launched in 2010 focusing on Foreign Exchange Trading. Through the years the business developed and evolved to a global multi-asset broker whose products and services go beyond just forex trading. This is a major milestone for the company which marks its transformation into a one stop broker […]

By Tatiana Bonneau 0 Comments 2 min read Continue reading
How did Stripe get its name?

Back in 2010 two brothers from Ireland, John and Patrick Collison were joined by Greg Brockman, to start a business that we all today know as Stripe. Greg shared the story of how they came up with the brand’s name. The initial product was a developer focused payments API, so when it came to naming […]

GetUpside was founded by Alex Kinner and Wayne Lin back in 2016. With the rise of e-commerce, they noticed how personalization can unlock proven value for both people and businesses, and the brick and mortar world was having a hard time keeping up. They developed the idea of a two-sided marketplace platform that drives proven, […]

By Tatiana Bonneau 0 Comments 1 min read Continue reading
Dropbox is serious about what they do with Dropbox.com

Dropbox recently announced Dropbox Shop beta launch. The company also introduced new updates to the platform, as well as tipping capabilities, customizing your storefront and URLs and embed HTML codes. Launched in 2007 by Drew Houston, the business has been doing extremely well, being profitable with steady user growth after its inception. The idea came […]

Bread Financial is a tech-forward financial services company that offers simple, personalized payment, lending and saving solutions. The company operated on BreadFinancial.com  and BreadPayments.com for quite some time. In 2020 Bread Financial was acquired by Alliance Data. After the acquisition of Bread Finance, Alliance Data adopted its new brand’s name and so changed the name […]

Founded by Giuseppe and Skyler (husband and wife), EXAU Olive Oil specializes in the production of high-quality Italian extra virgin olive oil.  EXAU is the marriage between the modern culinary needs of Americans and 75+ years of Calabrian craftsmanship. We had the pleasure to talk with Skyler and learn more about the company, the products […]

Montane’s founders, Chris Roff and Jake Doxat, met on a 3 month expedition to southern Chile in 1989. Their joint passion for outdoor adventures is what inspired them to create the brand. In 1997 one of Montane’s most iconic products – Extreme Range was launched. It is still used by outdoor professionals and mountain rescue […]

By Tatiana Bonneau 0 Comments 1 min read Continue reading
A Fresh Start for Debtsy with a Rebrand to Reflect What the Brand Stands for - January.Com

Debtsy launched in 2016 as a do-it-yourself debt settlement, where users can negotiate directly with their creditors in an effort to settle their debt for less than they originally owed. The company set on a mission to humanize the consumer debt collection industry. And they have sure made huge progress. In 2021 the company raised […]

What are country domain extensions? Country domain name extensions, or country code top-level domain (ccTLD) are internet top-level domains generally used or reserved for sites based within a country, sovereign state, or dependent territory that identifies with a country code. Each country has their own domain extension specified by the International Standards Organization. ccTLDs consist […]

Payment Rails, a Canadian Fintech startup, was founded in 2015. Today the company revealed that it is rebranding as Trolley—the payouts platform for the internet economy. The newly renamed Trolley also announced its recent $7M Series A funding round led by Pace Capital. We’ve always known that “payment rails” has a specific infrastructure-focused meaning, and […]